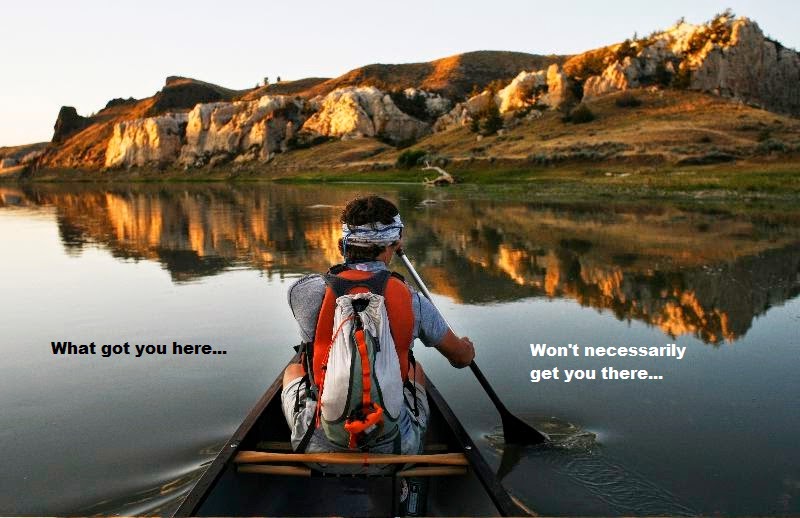 I think of this one, as I try to make the transition from War Thunder Arcade to full realism/SB mode. I am really struggling with the restriction of only being able to see the world from within the cockpit, and without all the HUD cues - even with the help of TrackIR.


But there are plenty of misconceptions about full real battles and you do need to learn a few things to get the most out of this mode, when you are ready to go Big League. Here are the main reasons people hold back, and what to do about them, from cmasupra!

Reason #1: I don't want to spend the money on TrackIR for headtracking.
Then don't. I did but you don't need to. Some pilots use their mouse to look around, others use the hat switch on the top of their joystick (if they have a joystick), and some others use free headtracking options, such as FreeTrack and FaceTrackNoIR. I personally used FaceTrackNoIR when I first started playing SB. It requires a webcam and nothing else. It's not great, but it is definitely more than adequate if you want free headtracking.

Reason #4: SB is too difficult to learn. The jump from RB to SB is much bigger than the jump from AB to RB.
I fully agree that SB is difficult to learn, but it's very rewarding. Watch the video below for a tutorial on how to takeoff and land. Don't forget, all of us who fly SB are also more than willing to help a new guy out. The more, the merrier!

Reason #5: I'm not interested in uber-simulation.
War Thunder's SB is not as close to an uber-sim as you might think, thanks to the automatic engine control that the game uses. There are really only 2 things you need to think about that are not related to combat: 1) Throttle, and 2) Flaps. You already think about both of those in RB, so they're nothing new.

Reason #6: I don't want to play "Spot the Dot".
In all likelihood, you already play "Spot the Dot" in RB. It's exactly the same in SB! To help with spotting enemies, there are even special graphic settings you can use that can be found in this thread. Various people posted various settings that worked well for them, so browse through the thread and try out some settings for yourself and see how much they help. I also made a video about the settings I personally use, which can be found here. Lastly, remember that spotting an enemy doesn't get you the kill; out-flying them and shooting them does.

Reason #7: The rewards aren't high enough.
I fully agree. Help us get higher rewards for SB! Kindly (not rudely) ask Gaijin for bigger SB rewards and we shall all receive.

Reason #9: I don't want to spend 30 minutes waiting for a game.
Most of the time it takes less than 5 minutes to get a game. Sometimes it does take longer, even over 10 minutes, but not very often. Be sure to set your server to Any Available!

Reason #10: I don't want to deal with all the friendly fire from people not knowing who is friendly because there are no icons.
There actually isn't much friendly fire that happens in SB. This is because a blue icon (with the playername or just a dot for AIs) will appear over a friendly plane when you get within 800m of them, well before you're within shooting range.